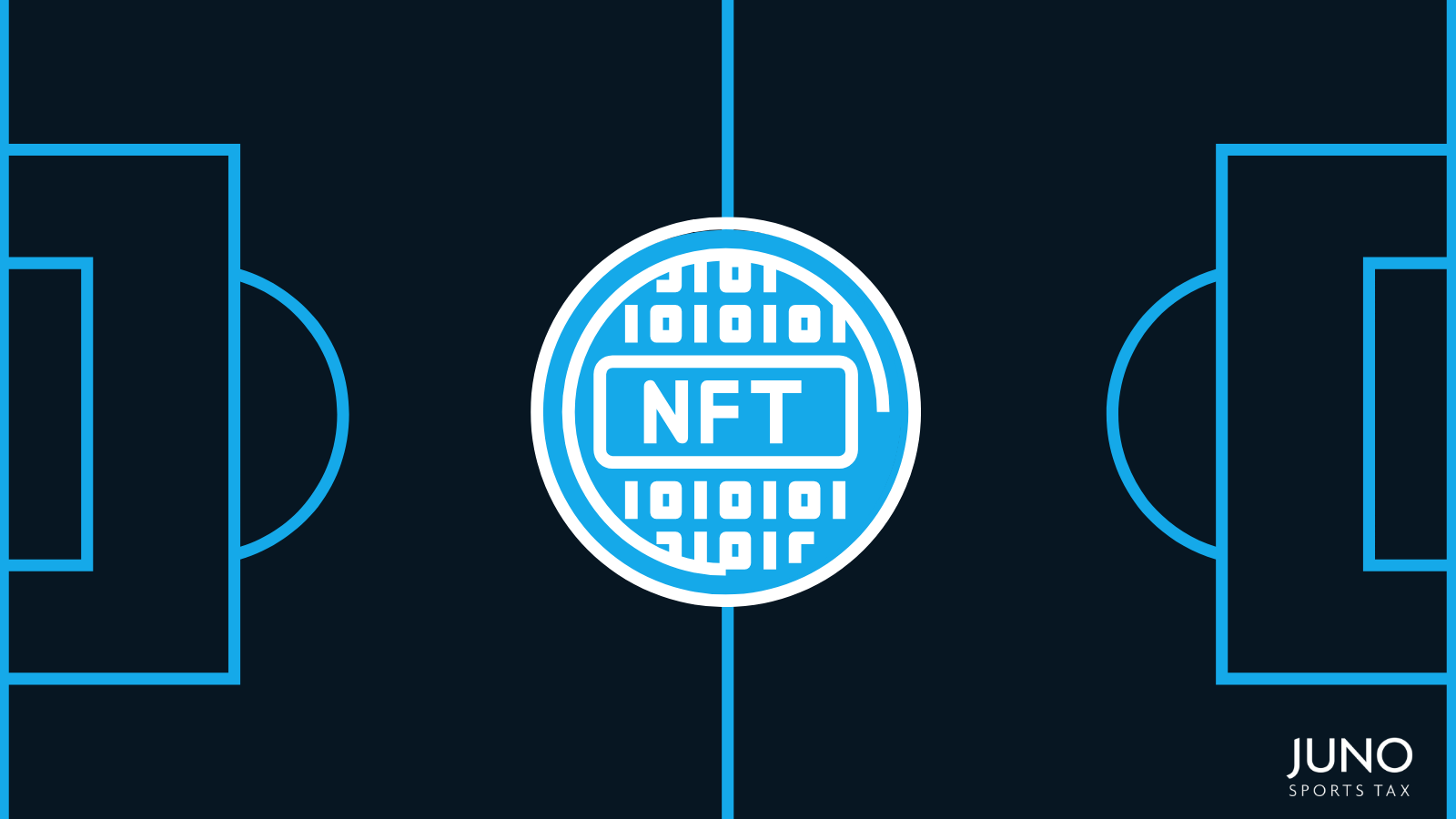 With news that an Erling Haaland NFT trading card sold for £500,000 last week, we thought it would be timely to talk about the relationship between NFTs, footballers and (our favourite topic) tax.

What is an NFT?

NFT stands for non-fungible token. They’re a completely unique digital item that represent real-world objects like art, music, in-game items, and videos. For example, you might have seen footballers such as Reece James or Neymar Jr posting images of their Bored Ape Yacht Club and Mutant Ape NFTs on twitter recently:

If we can use the image for this blog, then how does Neymar own it? The difference is that they own the blockchain code behind the image that we see online which is what makes NFTs valuable (not the image on its own). It’s like owning the certificate of authenticity for a Rolex; people know that you have an original rather than just a copy.

You might like to think about NFTs like owning a piece of art, except these art pieces are digital and can be viewed by everyone. And just like art, the value of an NFT can rise and fall based on who wants to own it next. For example, Neymar Jr paid over £400,000 for his Bored Ape Yacht Club (BAYC) NFT which might seem like a lot for a digital image until you find out an NFT from the same collection sold for £1m this week.

How do NFTs relate to football?

We’ve seen a fair few footballers sharing images of NFTs online. Some of these are personal investments, such as Neymar’s BAYC NFT, and others are being paid to advertise to promote new NFTs, such as Paul Pogba for Cryptodragons.

Individual athletes have also produced their own NFTs or have partnered with a provider to create an NFT collection. Gigi Buffon released an NFT collection of the key moments in his career on the sports platform, SportsIcon last year. We also saw Christian Fuchs sell an NFT of Leicester City’s Premier League celebrations from a video he took on his phone along with a collection in partnership with Arterra.

And then there is potential for players and clubs to financially benefit from the creation of Premier League NFT trading cards, something similar to Top Shot for the NBA. Top Shot has already made $230 million in sales which would suggest that a Premier League equivalent would bode well for players and clubs. UEFA, the Bundasliga and La Liga have already signed agreements with a variety of NFT partners to develop NFT digital trading cards, including Sorare which sold the Erling Haaland trading card mentioned above.

Whether it’s through owning cryptoassets, advertising, creating personal NFT collections or licensing their image, NFTs are providing footballers new and different revenue streams. This is where the tax comes in.

What are some of the tax traps to be aware of?

Because NFTs fall under HMRC’s definition of a cryptoasset, there are several things to be aware of as a UK tax payer.

When you dispose (ie sell, transfer) something you own (like an NFT) for a profit, this is a gain. For example, when you sell an NFT, the profit you make is taxable. If you sell as NFT that you paid £400k for £600k, you’d have a profit of £200k. You will have to pay capital gains tax on that. The first £12,300 of gains you make each year are tax free. Any gains over that amount are taxable and you’ll need to report it on a tax return.

If you really get into NFTs and are buying and selling them frequently, HMRC may argue that you are actually in the business of selling NFTs. Any profits would then be subject to income tax (up to 45%) rather than capital gains tax (20%). If your club is offering crypto bonuses, there may also be income tax and national insurance contributions to be paid for any cryptoassets received through your employment.

If you’re unsure whether profits from your cryptoassets should be considered as capital gains or income, you can get in touch with us at enquires@junosportstax.co.uk.

Reporting on your tax return

It’s essential to report your cryptoassets correctly on your UK tax return. HMRC can charge penalties for incorrect information that is provided carelessly or deliberately on a tax return, up to 100% of the additional tax due in some cases. Penalties can be negotiated with HMRC if advice is sought at the right time. This is a service that our Chartered Tax Advisors can support with.

How do HMRC know what cryptoassets I own?

In November 2021, HMRC issued ‘nudge letters’ to people known to have cryptoassets based on information disclosed by third party websites such as crypto exchanges. These letters were sent to encourage owners to check whether they had a reporting obligation between 6 April 2020 and 5 April 2021. The sharing of information by third party websites provide HMRC with a list of individuals to approach (with nudge letters) or open investigations via incorrect information on tax returns. Some information is also provided publicly, such as the price Neymar paid for his NFT.

How can we help?

Given the current focus on cryptoassets from HMRC, tax payers should check their tax position and seek professional advice. Our Chartered Tax Advisers are available to support with:

Juno Sports Tax
Our team are experienced in handling sensitive cases of high-net worth individuals and work with their current advisors to achieve optimum results for our clients. We’re focused on building long term relationships which is why our advisors only promote responsible tax planning and advice. We provide a variety of tax planning and advisory services to clients at all stages of their career, from signing their first big contract to chasing a new dream in their next career.